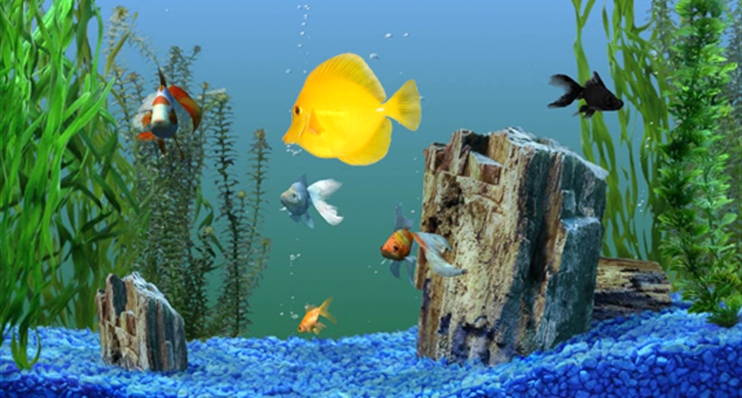 Fresh And Saltwater Fish Living Together

It all started in the 1950s in Kyoto, Japan, where an inventor discovered (or utilized somebody else's discovery) that by putting certain types of "sugar" compounds of monosaccharides and polysaccharides together, fresh water could be modified to maintain successfully both fresh and saltwater fishes in the same water environment.

It was an incredible invention that was offered to Kordon to bring to the U.S. aquarium market. Once Kordon found that it indeed worked, it was called "Wonder Water." Kordon started experimentation on the product and trial distribution of the product to advanced experts in aquarium keeping and through wholesale distributors to advanced aquarium stores -- mainly on the U.S. west coast.

This brought up the need for the following questions to be answered:

1. How widely applicable was "Wonder Water" to the kinds of fishes that could adapt to it?

Answer: It turned out that no limitations were found for the kinds of fresh and saltwater tropical fishes that could adapt to "Wonder Water." Indeed, both fresh and saltwater tropical fishes quickly adapted. They had no trouble breathing, nor were there any apparent physiological limitations. No species of fresh or saltwater fishes were found that did not readily adapt to "Wonder Water," much to our amazement.


2. How adaptable were freshwater and saltwater fishes to get along with each other? Would they perceive a difference and react differently to each other, or not? The answers to these questions turned out to be the crux of the matter, and gave unexpected insights into the differences between fresh and saltwater tropical fishes that were completely unforeseen.

Scales were seen to be flying off of the freshwater fishes wherever they were. They were totally unprepared for the attacks, and clearly could not believe what was happening, making little effort at first to protect themselves -- until finally comprehending what was going on and trying to escape to whatever hiding place they could find.

This brought up the differences that there are in primary and secondary freshwater fishes, because there were some freshwater fishes that fared better than others in getting along with the coral reef fishes. There are two major groupings in freshwater fishes -- primary and secondary. "Primary freshwater fishes are those with little or no tolerance of brackish water, i.e., water with more than 0.5 grams per liter total dissolved mineral salts. Saltwater is a major barrier for these fishes, and their distribution has not depended on passage through the sea. Examples are: Dipnoi, Polypteridae, Osteoglossidae, most Cyprinidae, Characidae, most families of Siluroidei, Centrarchidae, Percidae, Percopsidae, Dalliidae." Their evolution has been in freshwater, long separated from saltwater fishes.

Secondary division freshwater fishes are tolerant of brackish waters but normally occur in inland aquatic systems rather than the sea; capable of occasionally crossing narrow sea barriers (Lepisosteidae, most Cyprinodontidae, Poeciliidae, Cichlidae, Synbranchidae and others)." In general, the secondary freshwater fishes were those most closely related to coral reef fishes with their evolutionary ties evidently closer. They could best hold their own against those coral reef fishes in "Wonder Water."

Unfortunately, it was not possible to get the point across to the public that the best prospects for keeping tropical fresh and saltwater fishes together was by using only secondary freshwater fishes with the marines. When this impossibility became apparent, "Wonder Water" was withdrawn from the market by Kordon. Afterwards, there were a few successive attempts by others to introduce this concept to aquarium keeping, but none were successful.

"Wonder Water" remains in the memory of some old aquarists who were able to have been among those who originally tried keeping tropical freshwater and coral reef fishes together, and who saw this remarkable product in action. It was an experience that to this day has not been forgotten.